by Money and You
6 min read

With property prices as they are right now, home ownership is getting further out of reach for many younger New Zealanders.

Jamie Mellow is a Business Development Manager for Southern Cross, where he’s been for a decade. During his early twenties, he got himself into some consumer debt, but managed to overcome it and purchase his own property – and on a single salary to boot.

We spoke to him about his journey towards financial wellbeing and his advice for other Kiwis in a similar situation.

During his early twenties, Jamie began to rack up a fair amount of consumer debt.

Once he turned 18, he began to make some more expensive purchases, such as buying a TV and a car.

"I was always going ‘oh, it's interest free, it doesn't matter.’ But it only takes something to happen or for you miss a payment and then you get all these fees.”

“I’d go on holiday and go ‘I'll just put that on the credit card’. I was just really living day-to-day and there was no future.”

One of the best financial decisions Jamie made was starting a budget.

“I used to hate the word budget. I think it's like the word diet, right? You all of a sudden think oh, it's restrictive, and it means I'm not going to do the things that I want."

But Jamie points out that a budget isn't necessarily about depriving yourself.

“If you know what’s coming in and what's going out, you can then start to make those decisions. Rather than just go, 'oh, look, there's still $100 in my bank account, I'm gonna go shopping.' Instead it's like, 'well, what could I use that money for?'”

On track to home ownership

Home ownership was another reason for Jamie to get his finances in order. Back in 2016, he’d been wanting to buy a house for a while.

“I was single at the time, so only had a single income,” he says. “I was looking at prices and thinking I could probably scrape together $500k, but that’d buy me a tiny unit in Papakura or something like that. In my mind, I just didn't feel that spending at the time what seemed like an exorbitant amount of money of half a million dollars on a unit in South Auckland was value for money for me – it just didn't make sense.”

Instead of being put off by the challenge, Jamie started to think outside the box.

“I was originally from Hamilton, so I started looking a bit out of curiosity on what I could get in Hamilton for that same kind of money.”

Working in Auckland, Jamie didn’t want to leave his employer, but looked at some properties in Hamilton and found a three bedroom, two bathroom townhouse for just under $500K. Compared to what he would have been able to get in Auckland, it was a bargain.

As his role at Southern Cross included a base salary and commission, Jamie had been saving all his bonuses to scrape together a house deposit. To withdraw KiwiSaver funds it must be intended to be your principle place of residence and only to purchase a first home, not an investment property, so he knew he’d have to live in the place.

He moved into a new role, and at the time, working from home was not really as common (as it is now in a Covid-19 environment).

However, Jamie spoke with his new boss about what he was planning to do – live in the property, working out of the Hamilton office on a Monday and Friday, and coming up to Auckland during the week for appointments. The head of department signed it off.

“I then put the offer, got the house, and did the commute back to Auckland,” he says. “I was paying a mortgage plus paying rent in a room in Auckland, so that was a bit of a challenge. But that long term view was that I could make it work.”

The purchase was made on a single salary with no financial assistance from his parents.

“My parents were quite keen to go guarantor and then they split up. They were right in that time of dividing their own assets and getting them involved would have just complicated things more. And so I was like, no, I can do this myself. I absolutely will.”

Thinking outside the box

Jamie encourages anyone in a similar situation to him to talk to their employer and explain why you are doing what you’re doing, or to reconsider your plans.

“I've always tried to have that long term view of okay, suck it up it's gonna cost you a bit, but at least you're on the ladder.”

“And if it's not practical to commute daily, then maybe look somewhere a little bit closer. Maybe you buy the one bedroom apartment that you don't think has value.”

“I think it's hard. I know a lot of people get into this criticism about smashed avo on toast and stuff like that. It's like, hey, not everyone's doing that every weekend! You've still got to have a life. But you don't have to have the three bedroom, two bathroom house from day one. You can cut things a different way, right? You just take a different journey.”

"You don't have to have the three bedroom, two bathroom house from day one. You can cut things a different way, right? You just take a different journey."

Since buying his first property in Hamilton, Jamie’s gone on to buy another investment property with a friend. His next goal is to live in his own home.

A journey towards financial wellbeing

"Financial wellbeing, in its simplest form for me, is that I'm not worrying about the power bill that's going to come in and how I am going to pay that. I'm not standing at the supermarket going 'oh my gosh, is it going to go through?' I'm just quite comfortable where I'm at. And I certainly don't live paycheck to paycheck.”

"Financial wellbeing, in its simplest form for me, is that I'm not worrying about the power bill that's going to come in and how I am going to pay that."

“Honestly, if you can avoid it, absolutely just don't get into it," Jamie recommends.

Read more about how to move forward after getting into debt.

2. Have a rainy day fund

“Have a contingency fund so if the car breaks down, or you go for the warranty and the car now needs new tires, you have that fund there that's your vehicle maintenance fund.”

“Just learn to plan for those things that will happen, that you need to have that rainy day fund for.”

3. Don’t be tempted by lifestyle creep

“When you get a pay increase, that doesn't necessarily mean that that's more money to spend. If you were able to live off what you were getting before, maybe even take half of that and put it into savings or something and only spend a little bit more.”

“Just start to see where you’re at and have a plan. If there’s not someone in your life that is great with money that can help you, there are community budgeting services, there are financial advisers, there are so many options out there.”

Start your own journey towards financial wellbeing:

This information is general information only. It is not intended to constitute financial advice and does not take your individual circumstances and financial situation into account. We encourage you to seek assistance from a trusted financial adviser or other professional advice.

Where links or names of third parties are provided, these are additional resources that you access at your own risk and the FSC takes no responsibility for any third party content.

The FSC and its employees make no express or implied representations or give any warranties regarding this information and we accept no responsibility for any loss, damage, cost, or expense (whether direct or indirect) incurred by you as a result of any error, omission, or misrepresentation in this information.

On track to home ownership

Thinking outside the box

What can te ao Māori teach us about money?

What can te ao Māori teach us about money? 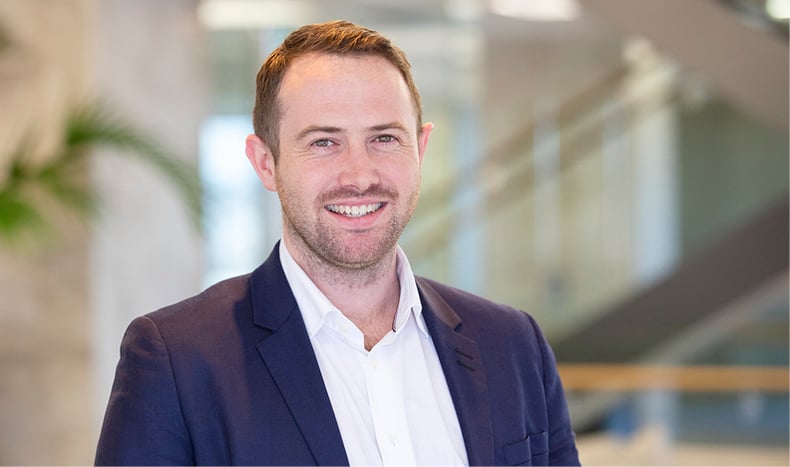 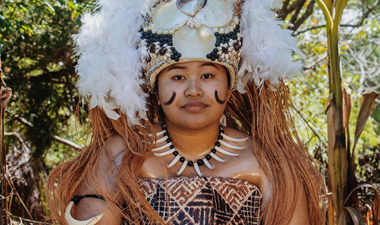